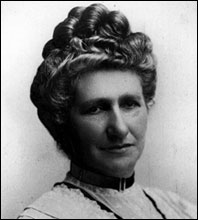 When about two years old my parents told me that I was in a trance about a half an hour. I woke up out of this for a life full of experience. My dear parents had just lost a child, a brother of mine who died from the cholera. I recovered from the cholera and grew very strong and hardy. My parents were not in very good circumstances, but worked themselves up, got to do well, did a very good business in a very small Polish town adjoining the Russian border. My parents were liked and respected by everybody. Everybody came to my father for advice. But things had to take a big change for us. My poor mother was a great deal sick. There was no school in the town where we lived. My dear mother was anxious to move to a city where we would have the opportunity of an education. My father finally made up his mind to sell out his business, which he did, to a cousin of mine, Solomon Lesinsky.

We moved to Krushwitz where my father rented a house and started a new business. This was a very sad move for us. Everything went wrong. My parents lost everything they possessed in one year. We left Krushwitz for a very small town, with a very few goods, then I was already nine years old. In one year I had learned how to read and write in Krushwitz. I then already helped my parents in the store, but things did not change. It went from bad to worse. Within one year again, we moved to another place, thinking times would change with us, but they did not. Meantime we were a family of seven children.

There was some money sent us from America from my uncles and cousins, and also a request that my father should go to New Mexico, but the idea for a man who has a wife and seven small children to leave them to themselves was dreadful. My poor mother felt very bad about it, but I was at that time fourteen years old. I encouraged father to go. I was too young to realize the danger of being exposed to a lot of German Soldiers and German and Russian peasants, Polish smugglers, who smuggled foods from Germany to Russia. We had at that time a little grocery store, also a boarding house. My dear father finally left for New Mexico. Oh, how blessed was the hour when we received our first letter telling us of his safe arrival in New York, then in New Mexico.

My father was successful in business. Of course, he had to undergo a great many privations. New Mexico was a very wild country to live in those days, especially during the war, in the year 1868. Meantime, my dear mother and myself were struggling along taking care of our little business and the smaller children.

We continued our dry goods business for since we had to borrow money and pay big interest on it, it was a hard struggle to keep it up. My brother Phoebus who at thirteen years of age came to New York, and whom my Uncle Julius Freudenthal sent to school, and after a year or so sent to New Mexico, worked for the firm of Freudenthal and Lesinsky's, and earned the first year by very hard work and privation, $700.00, and sent some home to our parents. After this our live was somewhat happier as my brother Phoebus sent all his earnings home so that enabled us to live comfortable.

My second brother Morris went to New Mexico while my youngest brother Wolff studied medicine. My two sisters, Henriette and Frieda, went to school. My husband, Isidor Solomon, came on a visit to his home, his parents living in Krushwitz. Our parents on both sides were old friends. We got acquainted and were married two months after our engagement. My brother Phoebus sent to my parents $2,000.00. They gave my husband $1,000.00 and the other was used up for wedding and trousseau. The first time I saw my father cry was when I was getting ready to leave home.

The wedding was celebrated in a Park Hotel. It was beautiful. My dear mother looked so happy. I never will forget the happy smile on her dear face, but the parting was very sad. When she told me good bye I knew that I would never see her again although my husband promised to send me home after six years, but circumstance made it impossible for me to go to Europe.

My sick brother died after I was married. My eldest sister Henriette was married five years after me. My husband was established in business in Towanda, Pennsylvania. We lived in Towanda four years, where my three oldest children were born. My eldest son, Charles was born in Towanda, my eldest daughter Eva in Mnechung. We lived in Mnechung one year, then returned to Towanda where my second daughter rose was born. The four years I lived in Towanda I was the most homesick person on earth. It was lucky I had my children to take up my time. In the year of '76 business was getting very dull and my husband sold his business to his partner, that is, his part. My father wrote to my husband not to open a business in the east, but go to New Mexico. We decided to do so.

We sold everything we possessed except our three children, Charles, who was three years old; Eva was two years, and my youngest daughter Rose three months old, and started on our journey for New Mexico. We had a very hard trip even on the railroad, traveling with those three babies was bad enough, but when we reached La Junta, Colorado, the end of the railroad in those days, and had to travel by stage, packed in like sardines, traveling day and night for six says. only stopped to change horses and get something to eat, like chili con carne and frijoles. I forgot, we stopped over in Santa Fe three days, then we started for Las Cruces, New Mexico, where we had our two brothers, Phoebus and Morris working. At that time my Uncle Julius Freudenthal and Lesinskys', our cousins. When we got there I was tired out to death. My brother and the Lesinskys' were very nice to us. I lived in the house of Charles Lesinsky for two weeks, then we went looking for a house. We found one, the best one in town, but I could not help having tears come into my eyes when I saw the mud floors and mud walls, but after a few days I had the house looking very nice and comfortable.

I lived at Las Cruces with the children four months while my husband was looking around for some business location. He finally found a place, and this is the place where we lived for thirty years. It was very hard for us to go to a country and a place as this was in those days. There were only four Mexican shanties in the whole place, besides our own shanty which my husband rented for $25.00 per month. After we lived here a short time we bought the place and adjoining ranch, and we had the place laid out in lots several years after that, and had the court house build on several of the lots.

I am far ahead of my story. When we were going to leave Las Cruces we bought a two- seated wagon called a buckboard, and a pair of horses. Into this we put a tent, some bedding, our cooking utensils, our provisions, our clothes and our children, and ourselves. We also brought a Mexican clerk along, but he came horseback. It took us several days and nights to get here, but, oh, how often I was frightened thinking that I heard Indians. I did not expect to get here alive with our children. Just before we reached this place we heard a dreadful noise that Indians make when they are on the warpath. It was a beautiful moonlit night. I remembered as if it was last night. When we were almost home the Mexican told us it was a Coyote, as the Indians make the same peculiar noise when on the warpath, as a coyote have.

We arrived in Pueblo Viejo (later Solomonville) about 12 o'clock at night in August. We slept on the mud floor. Nest morning my husband woke me up to show me some Indians that were here on passes from San Carlos Reservation. I never had seen an Indian before.

After living there about three months our ox wagons with goods from Las Cruces, arrived. What a happy day that was, as until then we had no bed to sleep in, no stove to cook on, no table to eat off, no flour to bake bread. I baked bread out of corn meal for three months, in a dutch oven, cooked our meals outdoors like campers do, but I did not mind all that as I could sell goods and the future commenced to look brighter. Still we had some very dark and sad times. I could not get anyone to help me with my three babies. The worst of all was the washing. I was never used to doing washing. After I had done my second one I took sick with chills and fever. My baby, Rose also took sick. My husband sent for the doctor to Fort Grant, but the Mexican came back after three days and said he could not get the doctor to come. Meantime I started to feel a little better and felt like eating something, so we bought a chicken and a Mexican woman cooked it for me, but when I found out what she left in it, I could not eat it.

Chills and fever were dreadful in our place. There were pools of green water standing all over the place. The new land started to be worked, that all helped the sick along. My baby was sick and I had chills and fever for two years, but that did not hinder us form doing a good deal of business.

We had a contract to deliver charcoal to the Clifton Mining Company, who belonged to my uncle J. Freudenthal and my cousins, Charles and Henry Lesinsky. This started our business, and also started the valley. We employed a great many people cutting the mesquite wood, making charcoal, and shipping some to Clifton by ox teams. This took a great deal of hard work, to oversee and manage it. We could not get any decent person or persons to help us. My husband attended the outdoors work while I attended the store and the housework. We also started building; at first a bedroom, then a store. I felt like the Queen of England when that store was finished. We kept on building right around the old house. We kept a carpenter building for eight years.

The last year has been an exciting year for us. It was also a new starting point in our lives. Harry had got hurt and my husband had to take charge of the business. Harry finally went to New York, stayed with my brother Wolff for a while and then went to work. The town where Harry's store was burned down and we lost a good deal. The children then decided that we should live in California. Here I am living at present.